You are currently browsing the monthly archive for January 2008.

January 19, 2008 in Next Places, Nietzsche's Prophecy by Harvey | No comments

Here’s a piece I wrote for Nicholas Maxwell’s Friends Of Wisdom Newsletter, No.1 November 2007:

One wonders: what is wisdom? Wisdom may surely be described as states of someoneâ€™s being, thinking, and knowing. Wisdom includes the ability or desire to expand one’s thinking beyond the usual or ordinary. The notion of wisdom includes extending oneâ€™s knowledge to reframe that knowledge in increasingly wider and deeper contexts.

But wisdom is also a concept depicted in the thoughts and texts of various thinkers who have somehow risen above or beyond the more usual thoughts of those who know, merely. It is surely historical, may be prophetic, and often difficult to portray in any present moment. 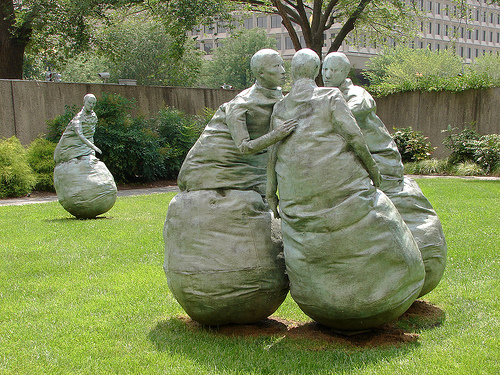 For those of us who might wish to move beyond or transcend the contents of our knowledge, wisdom is also an ongoing personal dialogue. Sometimes clear, often an existential struggle, it is also an attempt to move on, to grow, to place our knowing in new, more complicated, or transcendent contexts. It is an attempt to locate new positions from which to see and to say what grows in meaning, and perhaps how and why.

Here, I will not attempt to frame the widest -deepest meanings of wisdom. Instead, I will attempt to describe some of my personal perorations both to locate and pursue some paths toward wisdom.

Some ponderings in oneâ€™s (my) internal dialogue: I have grown beyond some earlier thoughts and thinking. Where do I go next; whom to read or re- read, what next to study? These are hopefully framed within judgments of integrity and self-critical trust.

Other personal dialogues ask to be updated from time to time: Whose ideas in which traditions â€“ ancient, current, â€œtimelessâ€ â€“ inspire me; upset me? Whose works, ideas, thinking are aspects of my thinking â€“ aware or not so aware? I trust myself, usually and mostly, butâ€¦

And I am not alone. I have a life- partner and some few others whom I engage-with mutually as critics and mentors: inspiring, tempering, sometimes fomenting. Who else do I trust, use as a critic or respondent? Are they also â€œgrowingâ€ in their own quests?

In other contexts, I ask different sorts of questions, or desire some senses of personal growth. These seem to involve forms of â€œexpansionâ€ of my knowing. I want to get beyond, to think more universally; to include all people (pasts, present, and â€œvisionsâ€ into the future), grow in aspirations, often searching for â€œmore.â€

I am quite certain that some of the foundations which have led to these yearnings, involve various experiences of â€œamazementâ€ â€“ my first intellectually captivating time was (I still tell myself) when I was dissecting the hand in my course in Gross Anatomy in a brief excursion into Medicine. At that moment, I was also re -taking up the violin after an extended lay-off. Still today, I look at my left hand both as some sort of complicated object, and as a source of knowing and doing which are truly astonishing. END_OF_DOCUMENT_TOKEN_TO_BE_REPLACED