You are currently browsing the monthly archive for June 2008.

June 23, 2008 in aphorisms, Next Places, Teaching As Dialogue by Harvey | No comments 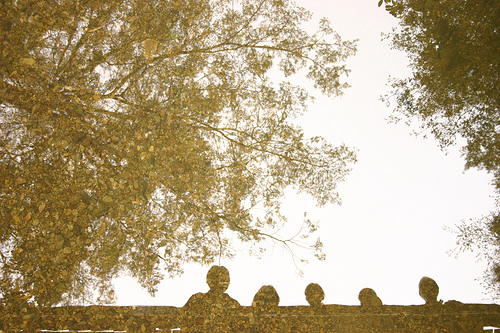 I wandered in the world, seeing what there was, guessing what there could be, and wondering. I smelled the new, damp green of spring as it appeared, and wished, each winter, that the days of snow and grey would give way. The wishing turned into meaning as I learned how to brood and to wish away whatever was, for what would be, and what I wished. The world had become stage; the people, actors in my creations; my real leaning toward grotesque, the unreal wanting to become my beauty.
I redid the mirrors to reflect my eyesâ€™ vision. My third ear compared what I wanted with what there was, until reverberations could be refiltered to match. Awful! I learned to watch my doing. As the others saw me, I learned to see myself; what they wanted to see, I sought to be. At one point there was no watching left. I cracked, revealing nothing, no one. I was only what they thought. Now, no wiser; perhaps, wary. I try to see each flake of snow; see it fall, see it down to the snow banks of my life.
I become the painter of the silvering which backs the glass transparencies, now become its own mirror. Trying to locate what is, where I am; while still seeking for illusions. (An existential accounting for the experience of paradox in our lives!)

June 10, 2008 in Next Places, Nietzsche's Prophecy by Harvey | No comments

I was there! â€“ this year’s NCMR was just a block from where we live in downtown Minneapolis, the Conference was exciting and important. It was great: focused on the â€œmechanicsâ€ of regaining a Voice in American (political) life. I have a few areas of criticism, which Iâ€™ll get to as someone who thinks that ideas, history, visions for the future of democracy are critical to this discussion.

To begin: more than 3,000 people were there – from all over the country – who agreed that the media are in the hands of the rich, corporate, greedy: thus powerful. Worse, that the rich (Rupert Murdoch comes to mind) are acquiring more and more outlets for journalism as are the politicians who use their money to get more and more power: control most of television, radio, and the faltering newspaper â€œbusiness.â€ The only outlets right now are Public Television, NPR, and a very few smaller outlets of public radio â€“(I do listen to Amy Goodmanâ€™s â€œDemocracy Nowâ€ most days, as well as the evening daily presentations from the West Coast and weekly Counterspinâ€¦and the blogosphere).

Questions of the FCC (two of the Commissioners were present) being tempted to permit unlimited ownership of and in a nervous time, raised questions of journalism, truth, and the very possibility of whether other than the rich and powerful can have and maintain a voice in America and the world.

How to oppose the rich and powerful and their friends: by getting together this past weekend. Bill Moyers was at his brilliant best â€“ exploring the realities of these complicated times â€“ and urging us all to become even more active â€“ each of us. There were also other fine speakers, and many smaller discussions. Bill and others explored the internet and its possibilities for gaining power and voice. Arianna Huffington told her story, and did many others (Amy Goodman, Naomi Klein, David Sirota, John Nichols of the Nation, Lawrence Lessig and many more who told their stories and how they worked and focused on changing or creating new outlets to get everyoneâ€™s story into the world: including the poor, ethnic, immigrantsâ€¦ any and all of us who oppose the rich and powerful, and who worry that this country and democracy are at great risk.

Iâ€™m excited, exhausted, feel very fortunate that we were able to hear all these people, gather their excitement and give them our support and best wishes.

My concerns have to do with the concentration (absolute necessary, butâ€¦) on the â€œmechanicsâ€ and how-to-do all this. The job has to get done, or else!

Whatâ€™s not much up for discussion are the times weâ€™re in and the history of how such times were displaced: the Gilded Age of the late 19th century which led to the Progressive Democracy, and the boom times of the 1920â€™s leading to the Great Depression and Rooseveltâ€™s rethinking toward the New Deal. The current plutocracy and control of money and power is not a new story, and itâ€™s useful to study how the others happened and how; and how they fell.

Also the question of ideas, of PR (public relations) which has gotten us to this moment needs to be studied: the power of TV (especially) and how it works for or against us, happened and got us here â€“ but how it worked, where it might be going, how to re-frame and re-cast it â€“ is a lot about ideas. We are not all innocent in adopting similar ways of thinking and doing â€“ and itâ€™s important to try to gain various perspectives on us, these timesâ€¦

And last: I think itâ€™s terribly important to think about these times: us, global, how to envision the future of democracy. The rich and powerful have been playing with ideas and visions at least since the early 1970s with think-tanks, and many other directives and ploys. We â€“ who oppose â€“ have been too occupied with opposing the peoples in power, less on questioning the nature of power into possible futures. 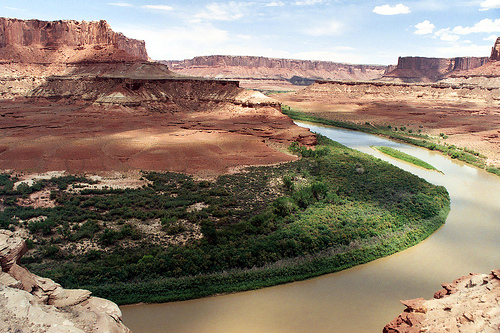 Why do I…Because I was chosen, directed, selected by the Fates.

How else to account for the stubborn pride with which I do what I do, and do not what I will not?

How else to account for the hurt and sadness and neglect andâ€¦â€¦which my work can sustain as it involutes upon itself?

And then it justifies itself â€“ to me – all over again. Why? Ask the Fates!

But right now, it feels very good and requires less justifying â€“ to me.
Guilt, conscience, afraid not to come up to the promise that the others claimed for me?

Or did I take upon my self a certain task? Whatever. Yesâ€¦and Yes.

It never seemed very clear, except that I wished to play upon the edges of knowledge, and chose the route that appeared just when I was looking.

Or did I want to appear smart? Profound? This term had no meaning for me, then; maybe begins to, now. But…the Fates!

What a justifying, what a tale to tell my self. A way to tell my self I am humble, a practitioner of the trade I seek to determine, and as arrogant as that humility can sustain.

Not pride; not vanity. I just want it to be right; to see through the masks of fear and terror, past the ugly and the beautiful. Now disciplined, toughened, justified by the sure knowledge that the Fates have sought me as I search for them.

And you? Where are your Fates?

Living in a northern clime where summerâ€™s colors disappear and dissipate into the splendid clarity of stark white and whatever is its darkness opposite for several months every year, is pleasing, even self-justifying to the austere in me. The cool of being is replenished and fed by seeing out into a world which is so clean, clear and offtimes simple.

It remains unclear in all my most conscious efforts to probe my inner selves, what drives this sometimes search for the authentic: whether it is deeply me, or a necessity for which to search; for which to conduct a search. It is not only obvious and easy to relate to, but the austere in me cries out to be heard, to declare: â€œthatâ€™s me!â€

What? A search for some sense of purity? of simplicity? of something lost, a thing for which to yearn lest lifeâ€™s turns turn only upon themselves and the ground on which I rest crumbles to sand and dust?