You are currently browsing the monthly archive for December 2008.

Who I am, who I was and will be, replaced somehow by a what-ness, much due to questions of scale in the cityscapes of life’s living. The bureaucratization of life as I became some cog in others’ imagination – whether it fits me well, or not so well.

Losing some war in which I found my self thrust, between who I was and who I thought they thought me to be, I abandoned thinking about my being. Often I invented a new war between what was left of some notion of myself, and my refusal to be that depiction. And the war became my entire self…or its replacement.

I, growing older, flirting with problems of death and life, became the observer of my living, as I experienced the pains of tension’s tension, and entered also into war with my bodily being. Always a few seconds from pain, it became my enemy, someone to avoid, and I was then two: myself and my pain. As pain became my master and guide, I felt lost.

Recovering, yet recovering, I learned to stretch my muscles and joints and ligaments, and studied the pain which was my guide, until I learned it and it became me. As it did, I could remove my self from the pain or the pain from my self, and gain a distance from it, which I used to locate the character which had disappeared. Not knowing just exactly what I was for, I found it more direct early in my scholarly life, to be against some ideas, some thinkersâ€¦to sense and test who I was not, what I would not do, and where the edges of my ideas or focus reside.

I argued vehemently, strongly, perhaps harshly against what I thought was wrong, was untruthful. I was a critic writing polemics; trying as well to explore new paths which had no particular history, no negatives.

Now, I occasionally discover that much of the thinking I call my own, is directedâ€¦ against, opposed. So much so, I sometimes think (and am told), that I do not say what I think is correct, except in the terms of some opposition, some polemic.

I wonder if I am anyone, in these times, except some enemy’s enemy, defined less byÂ  personal integrity or by my friends with whom I think, but more by the ideas which I oppose. Where is truth located within these forms of disagreement and battles? 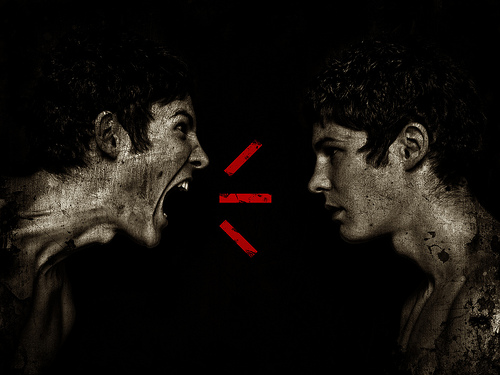 The bile backs up its ducts pouring out into the streams of anger and misplaced love. Seeking for an object, seeking a love of self which has been abandoned, the vanity jealousy throws this surge of feeling out into the world’s view, landing upon…

Who I am, at war with who I am-not; the am-not, another person, different from the me I’m supposed to be, yet still me. Push, kick, hurt, kill. And why? But, why? Is it a question of rights, of deserving?

Do I not have enough, what I was promised, what I tell my self I was told? Like the snake or spider or thing of wrong shape, impinging; is it simple, the hate? Kick, stomp, squash, squish, reach out from the fright like falling off into ledge’s abyss?

Monday Aphorism: On Being Caught 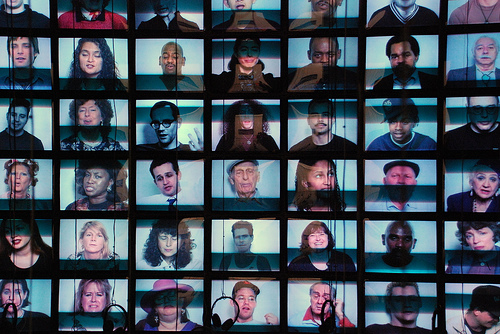 When I was away from here a few years ago, I found my self in a similar situation: it was hateful, spiteful, tense, with little sense of direction but spinning its wheels continuously. But it wasnâ€™t my fault, and I could look at it with no sense of culpability.

I asked myself why it was that way: hateful, spiteful â€“ so familiar to me, but not my doing? How did its participants feel? Poor management had for years driven each person into oneâ€™s own little wedge of work, pulling in the boundaries behind to cover and to protect. By now it was difficult to say what there was since everyone dealt with and through the protective devices.

What I think I learned: that each person, seeking a personal measure of fame and importance had created a shell around themselves which was at once transparent and impenetrable. Not her fault, not his fault, not my fault, I was caught.

Now I know more: its causes, its impossibilities; and feel less guilty. What to do, how to get out, how to protect my self without becoming totally like them? Caught!

Knowing, seeing what there is, knowing how it works, in just the right proportions, with the exactitude to make it happen. In order to do, in order to be, there is a…a level of detail, a set of techniques, without which nothing much will occur. The trouble, the complication, the difficulty, is in knowing; in accomplishing technique without dwelling full-time in the how-toâ€™s. Detail can expand to fill the mindâ€™s dwelling just as it contracts to ever-diminishing portions. At one time, knowledge; at another, a comfort to tell my self that I know what I think I know.

The world likes detail because it is trustworthy, and it wants me seduced into being an aspect of its particles. Detail, technique, is praiseworthy, virtuosity. But, at some point in growing, enough is enough and it is there to be used, utilized to do. It is difficult to know always what there is to do, or to trust my self once I have left the realm of detail to enter into…into what?Â  Detail and the contexts of knowing what there is: at battle.