You are currently browsing the monthly archive for April 2011.

April 27, 2011 in Nietzsche's Prophecy, Teaching As Dialogue by Harvey | No comments 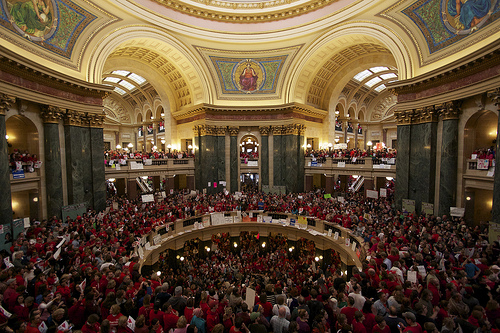 Via Curriculum Studies— Henry Giroux on Freire’s Lessons for Now!
Dec 1, 2010 … Lessons to Be Learned From Paulo Freire as Education Is Being Taken Over by the Mega Rich. Tuesday 23 November 2010. by: Henry A. Giroux, …

Henry Giroux has been really ranting lately, inspired by Paulo Freire’s work and thinking: especially “Pedagogy of the Oppressed” – and especially the “political” understanding of education in these times of politics bending toward money and power… and control of students’ thinking.

I mostly agree… but a good bit of Freire has disappeared in the name of politics being overtaken by economic analyses and control of the very nature of education.

Education in the Western world – perhaps most especially – is being attacked by the rich and lovers of the rich – who oppose the public schools, the teachers who tend to find solace and power in unions, life tenure, pensions, and all. Charter Schools, private schools. Blah! On public schools and on the public.

Even most liberals (Obama…so far anyway) have gone for control of teachers and teaching, supporting “No Child Left Behind” – presumably as ways to “success” for students. Do what I/we tell you, and how we tell you, and…!

Giroux’ hero – rightfully, but for at least some different reasons – has been Freire whose book has sold well over a million copies. But his ideas continue to be fragmented by the would-be powers – and his “methods” of education, particularly “dialogue” have apparently yielded to the anti-politics of Giroux invocating money – now controlling politics. “Critical pedagogy” is Giroux’s Freireian term for what is missing increasingly in the current war for our future: thinking and being.

Freire would get (especially poorer) students to study and understand the power and motivations which got them educated effectively to prolong and promote the power of the few – by not attending to the “banking” and “telling” methods which the rich and powerful imposed on most students.

So much to agree with – especially in these times of attacks on schooling, teachers – especially as so many education systems of other countries seem much more “successful” than ours.

But much, so deep, is left-out… omitted from this particular if not exactly narrow analysis. Particularly people, persons – everyone: teachers and students – have no clear “presence” in this world. Presence: persons, thoughtful, development of the very nature of clarity over the course of the entire course, so it can enter students’ being… perhaps especially after the course is “over.”

Here I’m quoting Freire – who I invoke in my book and course: “Teaching as Dialogue.” Freire’s major way-out of the power-pinch is Dialogue. And most of the educators who Freire-ise education invoke the term: but apparently only a few of us seriously explore and apply dialogue in our teaching-being.

I want to “touch” the futures of my students – I would love to be “remembered” as “inspiring” their futures. But much about “me” – a person – much about them being and becoming who they would be. Mostly the Freireians don’t seem to be “present” – strong, memorable… characters…who “remain” some places in “their” students’ ongoing thinking.

(Can I be remembered, have power without being very “oppressive” in their thinking? Am I “good enough” to deserve having some presence in their lives? Or is this just a “different” route to power and control from the past: more than inspiring “my” students to study and develop their own personal framings of… power and control.) Whew! (If Socrates only realized that his idea of dialogue was always to know all the “answers” to his question-ing!)

So: enough to begin/continue the study of Freire, amidst the facts of his being still inspiring me, most days as I teach, and am a teacher. Growing with my memories and appreciations of his work and thinking.

But a “true” dialogue? – a lifetime pursuit… and then some.

Why do so many teachers invoke their anti-politics, even as they (don’t find themselves) don’t enrich their own teaching in the practicings of dialogue? 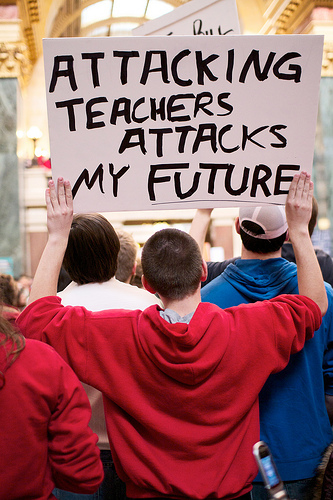 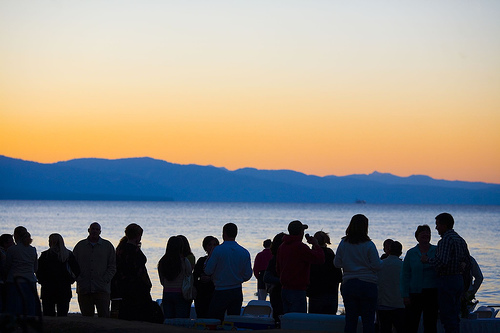 One day an elitist, another a maverick: what do these terms of exclusion mean that I am to understand, to change and mend the ways of my life? As a sum they say I am not right, not like I ought to be. They do not ask me who I am, or why, but hint that it would be better if I were…like them? like they think I should be?

The other day, I was labeled, called: a maverick. A maverick? Someone who doesn’t do what the others do, who should be as they are and say they are, some one who is in dissent, behaviorally but not intellectually; a renegade, an insider who wants out, an outsider who wants in?

My self? I am a seeker after what there is. If I am a maverick, it is to all of life. A seeker, a wonderer… And, in my most secret places, I note: They didn’t used to comment on who I am not; perhaps this is to be seen as grudging progress?! 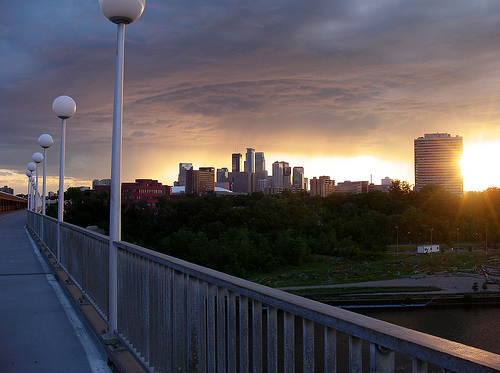 Yesterday, for the first time, I looked out the windows of my new office; looking out upon the Great River flowing downstream past the East Bank University, a scene of tranquility and beauty – from that distance.

The eastern sky, blue, looking forward to winter’s late dawn over white frozen river’s flowing, and brilliant morning sun. People, Lilliputian from my eighth floor view, reduced to manageable dimensions; I find pleasure in the vision of distance and the distance of vision.

I wonder, now, how that will be: whether I can enlarge vision to fill the conceptual immensity of deep river’s gorge; whether I will ponder anew the riddles of Heraclitus’ flux upon river’s surface or within its current, flowing; whether the frozen aspects of winter will cast my thoughts into some capriciousness, yearning for activity or for inaction; whether I will get lost, searching among the clouds of season’s beings and changings, for the other sides of this globe; whether my mind will drift beyond the beyond I look out upon, into the vastness of being and imagination?

We got to have lunch, yesterday, with a famous man of our time: a mystic whom some regard as the most intelligent on earth today. Peculiarly, this is his home town where his family still resides. Unbeknownst to us, this man’s brother happened to be sitting near us, and at the end of his lunch came to sit with us. (He could have known we were to be there…).

He, the brother, the younger, had rejected his older brother’s way in life – an acid-freak hippy, in today’s parlance. And he asked who we were that we had brought his brother to this Temple of Rationality, the University. When he heard who we were, colleagues in some sense, he asked me who his brother is, and why we had brought him there…where he no longer seemed to belong or to fit. I answered, telling brother about brother: not what he did, not what he is, but what is his importance, how his work and thinking had influenced ours, and what that work is.

Somehow, I think convincingly, I translated the mystic into the rational (the probably mystical into the apparently rational), telling the doubting, the rejecting brother, who the other is, in terms which made new sense. My other friends, sensing the privacy of a privileged conversation, turned away and could not watch us. I, the translator, I the broker, now of brother to brother…a magical moment. (John and David Lilly)

Why do you want to…join American Studies? What should the field be? What about pedagogy? America? Courses? Outlooks? A quizzing, an inquiry, a testing and a trying-out. An hour and a quarter, until the “Literature” contingent broke for their commuter buses (or a drink?), I was asked, pushed, pulled, cajoled, enticed, challenged…

To be privileged, to tell the world what is America, I thought that was good and wanted to do it more. An experiment, noble, I became a kind of patriot, wanting it to last. The world has changed, and our place within it. The Great Cultures, the isolated and primitive, are all now partaking of urban life; the world wants translation and interpretation. This is what I do.

The study of the city – problematizing and exoticizing what is ordinary; taking the bookish-bound beyond the edges of the pages of their texts to see and note the odyssey upon which they are bound. What, who, how…doubled back upon the city’s people(s); their seeing, seeing themselves seeing…How I hear, what I try to see…a seeing, a hearing!

Next day’s flitting doubts race through mentality’s self-wishings and wonder how wise this is to try to sell myself as if I were a believer and practitioner, and one of “them.”

{…almost any ordeal to get new material?}