You are currently browsing the monthly archive for June 2011.

The famous humanistic writer confessed that it was only last year that he bought an electric typewriter, his first movement in the direction of high(er) technology. He wasn’t hostile, he said, merely inept.

A mere inept, merely inept, the words and concepts run around in my mind’s conjurings, wondering what this comment represents: a confessional that he is famous and yet not good at the manufactured things in life? – an olive branch to the technology that has accelerated faster than he has been able to realize because he has been busy being a literary critic and the social times he criticizes are running with him, at his pace? – a mere statement because he does not do all of what he might, and we might, expect?

No mere inept. I ponder what this means, berate my self that I do not know all technologies, am tempted to dismiss this statement with a scoffing, scathing, muttering, sneering at the words in some stretching-out which conveys the contempt I think I should have – “meeere in-eept”: merely, merely; in-ept, inept!

A sudden sadness that the possibilities of knowing all there is, has evaporated from anyone’s life’s realities. I try to forgive myself; no mere inept, my fingers grasp this stem of black plastic holding metal ball screeching over paper depositing some substance, writing in lines which have gained meaning, writing which was invented, a technology of not so very long ago, to be placed upon a word processor full of plastics and refined metals and chips and connections and… A mere inept, twenty books later, pondering upon the times.

His theater, no mere inept, takes us to so many places that we are persuaded to take him at face value… 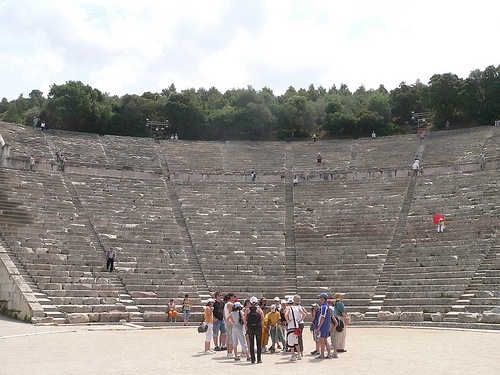 I have, I possess – I am told – a good voice for radio. Deep, resonant, full of an authority and depth which has replaced the phlegm of years spent in the smokerâ€™s abyss.

Usually this idea of a good radio voice makes no sense to me. Talking, using my voice, it sounds regular, ordinary; just me. Listening to a recording of me, I sound, well, somewhat whiney: too much variation, a kind of uncoolness and too many edges of raucousness; rawness, maybe.

Years of practice, teaching in different classrooms; exploring, modulating have moved my voice down to what others hear as good, convincing, correct.

Sometimes when I record for a weekly program, especially when I am alone, I try to listen as I speak, hearing as others must hear with a feeling for style, a quality of voice which can convey…strength, truth, a belief in itself?