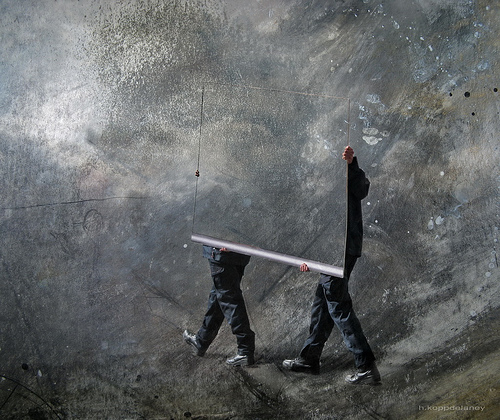 Attending the first of a series of meetings with the general title of “aspects…” I was alarmed at once by the lack of thought and study which had preceded it, and by the sense that the organizers thought they were engaged in doing something which would surely shake the earth. Some of the best and weightiest of minds had grappled with this area of inquiry and of life’s experiences, and here some lighter weights sought to exert and to insert their presence onto the world’s literatures.

I, a mostly outsider, mostly hoping to find some thought and talk, showed up a few minutes early. The room, a chemistry lecture hall which rises from about the sixth row, was virtually empty except for the two gatherers and a few others. A silly sense of consternation reigned, especially since the organizers had expected a full house based on a previous discussion series a few years earlier, on the subject of “Structuralism.”

They had wanted – it appeared – a full room, rather than the most interested, possibly most thoughtful half dozen. Even unprepared they wanted to play in a large arena, as if their mere presence and selfness would carry the day.

After several minutes of re-forming, a geologist talked about aspects of change, geologically speaking. The talk, well-prepared and delivered, talked about geology as a theory of change, itself. It was quite straight-forwardly descriptive. It was not informed by any such theory out of some deep and I sense hopefully mystical sense of what is change which seemed to lurk in the organizersâ€™ wonderings.

The organizers, hoping that some theory of theory of theory would emerge, seemed disappointed, but capable of being informed. Left with the problem, not of change, but of publicizing the series, they will regroup and look for larger audiences.

I, inspired somehow by an underlying spirit of the meeting that the problems associated with change are central to most everything, swallowed my cynicism and became curious. It was this experience which moved me toward the study of Heraclitus who thought â€œall is change,â€ and toward the idea that the paradox of change and permanence are central to most everything elseâ€¦